Tell Congress that you #StandWithPP – Draw the Line. – This is a petition to tell Congress that you stand with a Planned Parent against attempts to defund it. Republican’s are using scurrilous allegations drawn from edited video footage to justify eliminating funds for a vital organization.cancer

Planned Parenthood provides essential reproductive health care for women. It also provides other care such as cancer screening. Only 3% of its budget goes to abortions. It is a vital health resource for women.

The pro-life movement has had a vendetta against Planned Parenthood for decades. They have outdone themselves recently. The have edited footage of PP officials discussing removing organs from aborted fetuses to make it look like they were callously talking about making money off of these body parts. This is disgusting.

I realize pro-lifers are passionate about their conviction that life begins at conception. That does not, however, justify grossly distorting the truth. They do not seem to care what the facts are. They argue what they want to argue regardless and alter the truth to fit their narrative.

This must stop. We must make it clear to Congress that we will not stand for such tactics any longer. please sign the petition.

Last night the South Carolina state House of Representatives passed the bill requiring the Confederate flag to be removed from state grounds. Governor Nikki Haley plans to sign it at 4:00p.m. CNN reports that sources say the flag will actually be taken down at 10:00 A.M. tomorrow. This is exhilarating.

Unfortunately, Marion County (Ocala is the county seat) is actually behind South Carolina! They took their confederate flag down, but later put it back up. They, like some conservative, “GOP”-controlled areas, are still in the dark ages.

This country as a whole is still struggling to shake the last vestiges of those dark ages. A Gallup poll found that a slim majority considered the Confederate flag a symbol of southern pride rather than a symbol of racism. That is disgusting!  What is wrong with whites in this country? They overwhelmingly see that a cursed flag as a symbol of southern pride. This writer is sick of African- Americans being isolated on such issues. Whites needs to grow up. The consolation is that a slim majority thinks the Confederate flag should not be displayed on government property.

In Gainesville, we have no Confederate flags on public property. The Daughters of the Confederacy did, however, erect a statue of a confederate soldier on the county courthouse square in 1911. It is a memorial to those who fought for the Confedeacy in this area. While it is not inscribed with false claims like many DOC statues around the country and mostly praises the soldiers and their sacrifice, it does say they fought for “right”, which is a slap in the face to African Americans.This,  plus the fact that no other memorial to soldiers of other wars stands there is, in my opinion, is more than sufficient reason to remove the statue, despite its being one of the most interesting things downtown, and move it to the burial place of the soldiers.

This question came up earlier and was forgotten when now Rodney Long , one of the foremost leaders in the Afican-American community here, said he did not want the statue taken down. The move to remove it has been revived, however. Momentum for this action is greater than it was before. Hopefully it will succeed this time. We must fully get out of The USA’s dark age.

The South Carolina State Senate has just vote 36-3 to remove the Confederate Flag from state flags, CNN reports. The bill now moves to the states house. This momentous victory follows Confederate flags being taken down in other states such as Alabama, my father’s home state ( I wish he could have seen it). When it rains it pours. Progress has come quickly so far. What month it has been. This, however, is just the beginning. We must not allow it to be the end of the wave of change. 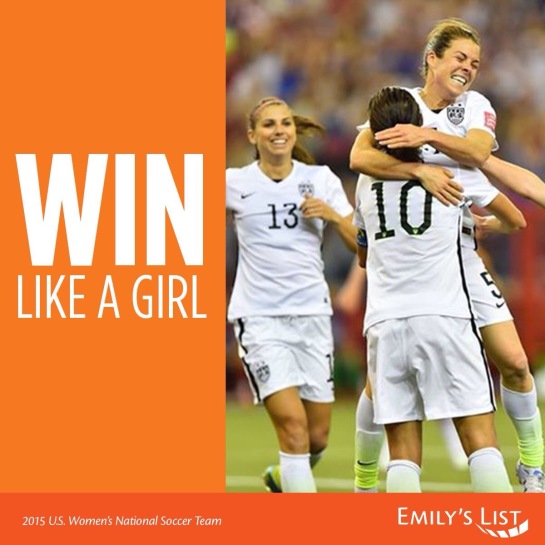 Congratulations to U.S. National team for winning the Women’s Worlda Cup. They have struck a blow for women’s soccer, women’s athletics, and possibly women’s rights in this country. They are pioneers who will likely inspire current and future generations of girls.